Deforestation is a major cause of climate change

What exactly is deforestation and why would it be a major cause of climate change?

Deforestation, also known as clear cutting is simply the removal of a forest or standing trees for the purpose of using that land for something else. The cleared land is then made into farms, plantations, roads, housing, and other uses to further urbanization. Our growing human population and the demands for certain products are part of the reasons why more and more forests and being cut down. This is why deforestation has been major contributor to climate change.

One staggering fact about deforestation is that about half of our world’s tropical forests have already been destroyed, according to the Food and Agriculture Organization of the United Nations.

Deforestation has become a major cause of global climate change affecting each and every one of us. Experts agree that climate change has worsened the impact of natural disasters including floods and fires. Weather conditions are clearly becoming more extreme every year and fires are starting earlier than they typically do. They’re also spreading wider than they have in the past. There’s no doubt that fighting climate change must be taken seriously and urgent action is required or we’ll continue to face dire consequences.

To put this into perspective, if we keep up with the current rate that we are cutting down trees, we will destroy all the rainforests on earth within the next 100 years. For those of you who have children and perhaps grandchildren, their futures may not be so bright as we hope them to be.

Why are trees so important to us?

We tend to take trees for granted. We need trees and forests to survive and to thrive. Trees produce oxygen, which is essential to all forms of life. This human physiological need is vital to support cell respiration and plays a crucial role in our energy metabolism.

A single tree produces enough oxygen for 3 people to breathe. Trees purify the air we breathe as they help cleanse the air. They do this by intercepting airborne particles, reducing heat, and absorbing nasty pollutants such as carbon monoxide, sulfur dioxide, and nitrogen dioxide. Trees also remove this air pollution by lowering air temperature, through respiration, and they help to retain particulates.

The term, phytoremediation, which basically means that trees clean the soil through their roots by absorbing dangerous chemicals and other pollutants that make its way into soil is another important reason we need trees.

Nature is more than just a wonder

Trees have many other positive effects. However, probably most critically is that they are carbon sinks – they hold more carbon than they release. This is one major reason why forests are so critical for our planet and our existence. Our oceans and soil are also examples of carbon sinks.

With so many hundreds of thousands of square miles of forest being cut down each and every year (approximately 46 – 58 thousand miles), many of the biggest carbon sinks in the world are shrinking dramatically. This means that less carbon dioxide, a greenhouse gas emission, in our atmosphere is getting converted back into oxygen by photosynthesis, which is partially why we’re seeing and feeling the negative impact of global warming. Deforestation is a major cause of climate change.

Forests are the lungs of our planet. We absolutely need them to survive. And for the sake of our children and grandchildren, and beyond, it is our responsibility to raise our own awareness and take appropriate action. Although action with legislation is necessary, we also must be concerned about our personal daily choices because each and every one of us has the power to make an impact.

Catastrophe is on the rise and so are our water levels

We’ve all seen the numerous natural disasters happening all over the world. The destructive floods, the out-of-control wildfires, record-breaking heat waves that have been occurring more frequently and intensely seem to be happening on every corner of the Earth. Droughts and apocalyptic hurricanes are affecting millions of people around the world.

Climate scientists are now able to look back and attribute climate change to these natural disasters.

One example is the 2010 record-breaking heat wave in Russia that contributed to the deaths of up to 50 thousand people. The 2018 California CampFire that resulted in more than $16 Billion dollars worth of damage was catastrophic. There was also Category 5 Hurricane Maria in 2017 that devastated the Caribbean. All of these events and plenty more have all been linked to the effects of global warming. Most recently, the bush fires in Australia at the end of 2019 and into the new decade were certainly a result of rising temperatures.

A new kind of immigrant

You may have even seen a new group of people categorized as “climate refugees or climate migrants.” These groups of people have no choice but to escape their homes and way of life because of crop failure, water scarcity, or sea-level rise. Once again, people all across the globe are affected by our earth’s rising temperatures.

It’s estimated that about 143 million people will become “climate migrants” over the next three decades, which as you can imagine will have an impact on a country’s policies such immigration, homeland security, healthcare, education, etc. Climate migrants will continue to flock from rural areas to urban areas setting off all sorts of new and uncharted issues.

Why is all this happening?

Two main reasons for deforestation are:

“Agriculture is estimated to be the direct driver for around 80% of deforestation worldwide,” according to the Wageningen University and Research Centre. To be specific, animal agriculture and harvesting palm oil and soybeans are driving producers to clear out forests every single day at a rate of 1.5 acres (6,070+ square meters) of forests being cut down every second. Every. Second.

Just think about how many trees have been cut down since you started reading this blog post. Well, there goes another 1.5 acres! It’s something we don’t see with our own eyes, but sadly it’s happening right now as we go about our daily life.

Then, there’s the logging Industry (and illegal logging), particularly the pulp and timber industries. It is estimated that organized criminals get between $10-15 billion dollars from illegal logging per year whereas logging workers in Indonesia receive short-term income living on less than $1/day.

Deforestation is a major cause of climate change

-Unsustainable logging is the reason behind 70 percent of deforestation in Asia and Latin America.

-The majority (about 80-90%) of timber extraction in Brazil and Indonesia are known to be illegal.

-When it comes to paper, America, China, Japan, and Canada make up more than the world’s paper production—400 million tons a year.

-Approximately 640 million trees represent the paper that’s thrown away each year, according to the Environment Paper Network.

-Paper pollution is another effect of paper waste and it’s a serious problem. It is estimated that by 2020, paper mills will be producing 500,000,000 tons of paper and paperboard each year! We obviously need this product and a reduction of use is not on the horizon.

-Pulp and paper is the 3rd largest industrial polluters of air, water and soil. Chlorine-based bleaches are used during production which results in toxic materials being released into our water, air and soil.

-When paper rots, it emits methane gas, which is 25 times more toxic than CO2.

–50% of the waste of businesses is composed of paper

-Large areas are also cleared to construct roads in order for large trucks to have entry to logging sites. Selective logging is where only the most valuable trees are felled, however, this doesn’t help our problem as one large tree may bring down surrounding trees and thin the forest canopy.

-The forest canopy is extremely important to the ecosystem as it houses animals, protects plants and insect population, and protects the forest floor. We are on the midst of Earth’s 6th mass extinction.

According to the Union of Concerned Scientist (UCS), there are just four commodities responsible for tropical deforestation.

Animal agriculture is by far the leading cause of deforestation. Often times, overgrazing occurs, which prevents the growth of new forests. Farmers cut forests to provide more room for planting crops or grazing livestock. Plant-based agriculture used to feed animals bred for food drives up the amount of resources consumed by crops. In turn, intensive livestock production (or farm factories) requires large quantities of harvested feed. The growing of cereals for feed requires substantial areas of land – while grazing animals such as cattle place additional stress on the state of Earth’s forests, especially the Amazon Rainforests.

As our world’s population increases, the demand for land also increases. Currently, there are over 7.7 billion people and growing. It’s estimated that our human population will grow to 11.2 Billion people by the year 2100.

Awareness and consciousness are keys

Clearly, the big corporations are major players in deforestation and its major cause of climate change. Meat, dairy, palm oil and the soybeans are the top three commodities that affect us all. In addition, the logging industry contributes to the destruction affecting the health of humans, animals and our planet.

Our Earth’s valuable resources are being exploited for the sake of profits. Thousands of animal species are being killed and becoming extinct. There is complete disregard for humans including Indigenous communities around the world. Forest dwelling people make up approximately 300 million people. In addition, there are 1.6 billion people who depend on forests for their livelihoods. They too suffer from the acts of deforestation and its effects of climate change.

As a well-informed conscious consumer, we can become more aware of what really goes on behind the carefully-planned marketing. This enables us to make decisions that’s not only good for our personal life, but also for our planet.

We can make conscious choices of what we eat, what we buy, and who we buy such products from. To be empowered with education and knowledge allows us to be in control. The more educated we are on such issues, the greater chance we have at saving our planet. 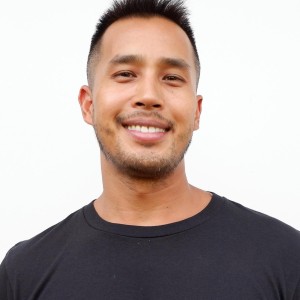 As Co-Founder and Chief Paper Saver of Squiqr, Mark is on a purposeful life mission of spreading more smiles and creating a more sustainable planet. He loves traveling, learning about different cultures and exploring new surf destinations around the world. 🌎🌿🏄‍♂

Get social with us and join Squiqr’s personal branding community.

Hey there, friend! We use cookies to offer you a better browsing experience and to analyze site traffic. By continuing to use our website, you consent to the use of these cookies. Learn More